North Enfield Cricket Club celebrated its 125th anniversary in 2011 and have been at our current home for nearly 60 years.  The club's first recorded match was in 1886 at the Burton Court ground, opposite the Royal Hospital Chelsea.
​Games were irregular until the 1930s. The team at that stage seemed to be mainly comprised of players from various local church social groups including Parishes of St Luke’s and St John’s, Clay Hill.
The Club’s first permanent home is understood to be a fairly out of the way piece of farmland called Hog Hill to the north east of Enfield on farmland towards Trent Park. A basic pavilion was constructed. With the coming of the 2nd World War, Hog Hill was commandeered for an anti-aircraft gun position being the highest point in the area. 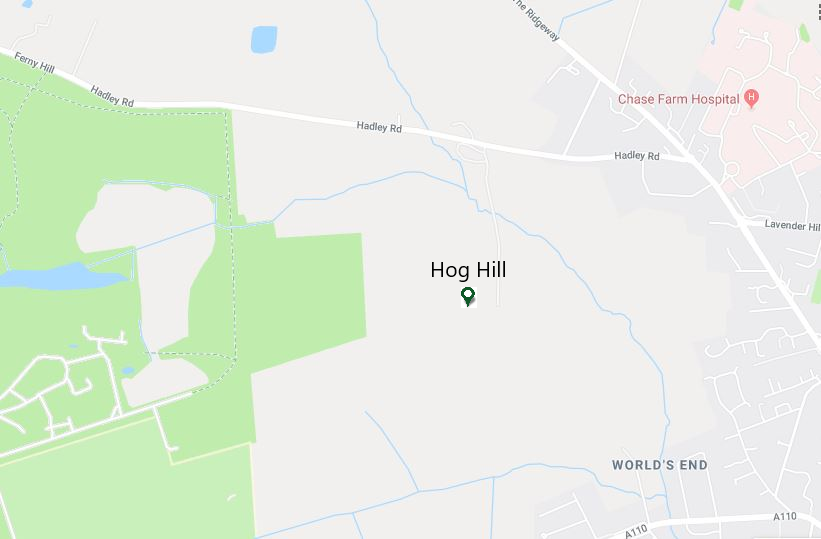 Once hostilities ceased in 1945 and social and sporting clubs started to reform, the club played at Claysmore - farmland located between Clay Hill and Whitewebbs Park – until being forced out of this ground by the landowner in 1951. The club then moved to the Strayfield Road, only a few hundred yards from Claysmore where a cricket pitch of some description had previously been laid, but it took over a year to clear the land and start to lay a square. Strayfield Road is part of Hilly Fields Park, owned by Enfield Council. The Council agreed to lease the land to the Club with the conditions that the Club own and maintain the cricket square and the pavilion/car park.

The post-war years saw arguably the most talented cricketer ever to play for North Enfield in his prime – Frank Barwick. Barwick won the 1st XI batting and bowling for three years in a row, and the bowling for a further two from 1948, a record unequalled in Club history. Barwick joined North Enfield relatively late in his cricket career having previously been at our illustrious neighbours Enfield CC before the advent of war. It is said that had it not been for the 1939-45 conflict, Barwick would have almost certainly played 1st class cricket for Middlesex. He joined North Enfield because, according to club legend, our neighbours at Enfield CC refused to let him have a bat and only wanted him to bowl! During the 2012 season, a new Frank Barwick Memorial Shield was inaugurated to recognise the best all-rounder of the season to mark the centenary of his birth and presented by Frank's son, Bernard.
Prominent professional cricketers that have associations with North Enfield are Mike Smith of Middlesex and England, whose family was involved at North Enfield for many years, and who staged a benefit game at North Enfield in 1976. John Emburey, the Middlesex and England spin bowler, held a similar fixture in 1983 and Graham Barlow in 1984. Rumours abound that England leg-spinner B.J.T. Bosanquet also played for North Enfield (his family owned the Claysmore Estate and he was born at Bulls Cross, living locally for some time and the family grave is located close to the Club in the Lavender Hill Cemetery) but no records exist to confirm this.
The Club has participated in league cricket in various forms over the years, principally the Saturday Hertfordshire League and the Chess Valley Sunday league from its inception until 2007. The Club fields two teams at present though a 3rd XI has run in various forms over the years, the most recent incarnation from 2004-2007, playing home games at the much-missed Enfield Invicta ground. 2015 saw the 1st XI win the Division 2A title and promotion to Division 2B – the first league title in the club’s history – an outstanding achievement for a small club. The 1st XI will play in Division 3A, while 2nd XI play in Division 10B of the league in 2019.
A Sunday friendly XI plays throughout the season for those who prefer their cricket to be of a more relaxed nature with home and away against teams from North and East London, Hertfordshire and Essex. Provision of a good tea also features high on priority lists.
In the last few years, we have played a number of Friday night games against our Enfield Ignatians rugby and Enfield Lawn Tennis club neighbours. The pitch may be hired on Friday nights for office/club games - all enquiries for pitch hire are welcomed. The Junior section goes from strength to strength, meeting on Wednesday nights and with matches taking place midweek or Sunday mornings. We are also founder members of the Enfield Cricket Development Partnership, between several clubs in the borough, which aims to bring a united group to speak for club, school and other cricket in the area.
North Enfield has always prided itself on being a family-orientated club, with multiple generations of the same family often playing concurrently. A glance at the cricket honours board is conclusive proof that North Enfield cricket has been a family affair from its earliest days.

Further your interest in cricket  |  Participate and socialise.